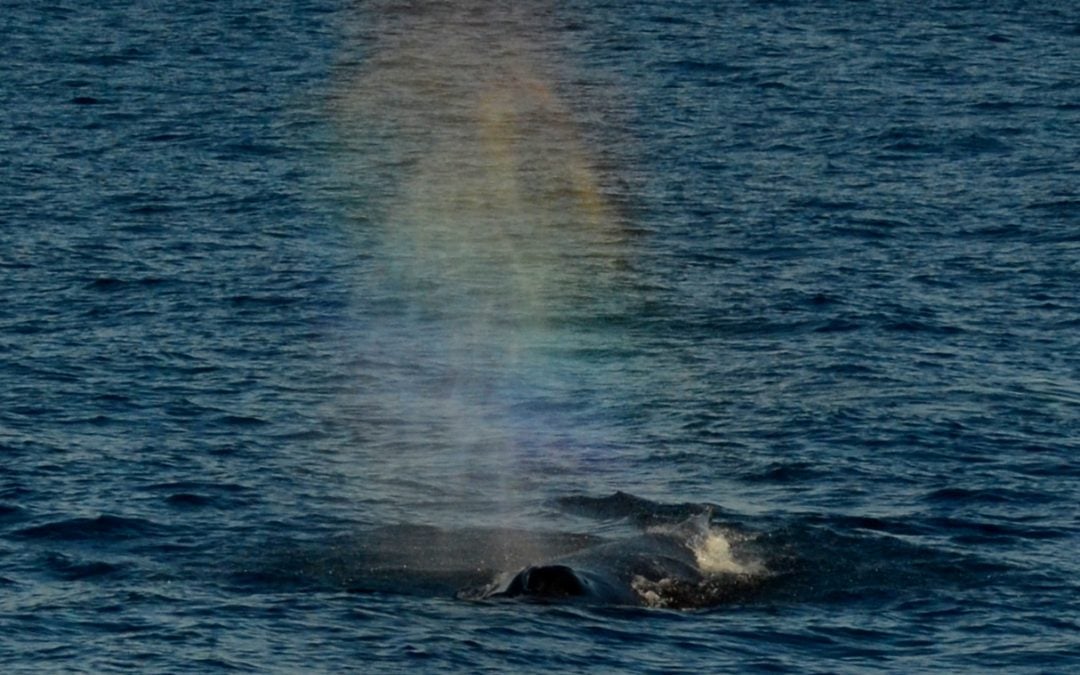 FOUR different species of whales and dolphins were sighted today! The seas were calm and the visibility seemed endless! We could see the snow-capped mountains, Mexico and up the coast too! We found a couple of Inshore Bottlenose dolphins at the mouth of the jetties this morning. They zoomed over to check us out. Not too far away, a fun pod of ~12 Pacific white-sided dolphins were milling around. There were two cow/calf pairs also in the mix. They curiously hung out right beside the Privateer. We continued to the southwest and sighted two Humpback whales! They were in travel mode headed down to the south. We got to see spouts, backs, dorsal fins, and their beautiful flukes! Nearby, we found a huge pod of ~350 Long-beaked Common dolphins! They too were milling around and were not traveling anywhere fast. Lots of behaviors were sighted as they surrounded us. Many were breaching and porpoising. Plenty bow-rode the boat and cruised beside us.

During the afternoon, we zoomed to the south, hoping to catch up with the activity we had in the morning. We got lucky! We sighted a spout a couple miles out. We found a single southbound Humpback whale. We got some good looks as it surfaced for breaths. We observed its unique dorsal fin and flukes on each and every dive. It was a larger individual, likely an adult female, as females are larger than males in Humpback whales. We also had a nice encounter with a couple of curious Pacific white-sided dolphins that bow-rode the boat, and then popped up around us while we were watching the Humpback. On our way back, we found another fun pod of ~15 Pacific white-sided dolphins! They were feeding underneath some diving birds. A few of them chased after us as we continued north.

It was a beautiful day. We hope you come out soon to see us for the upcoming Gray whale season!