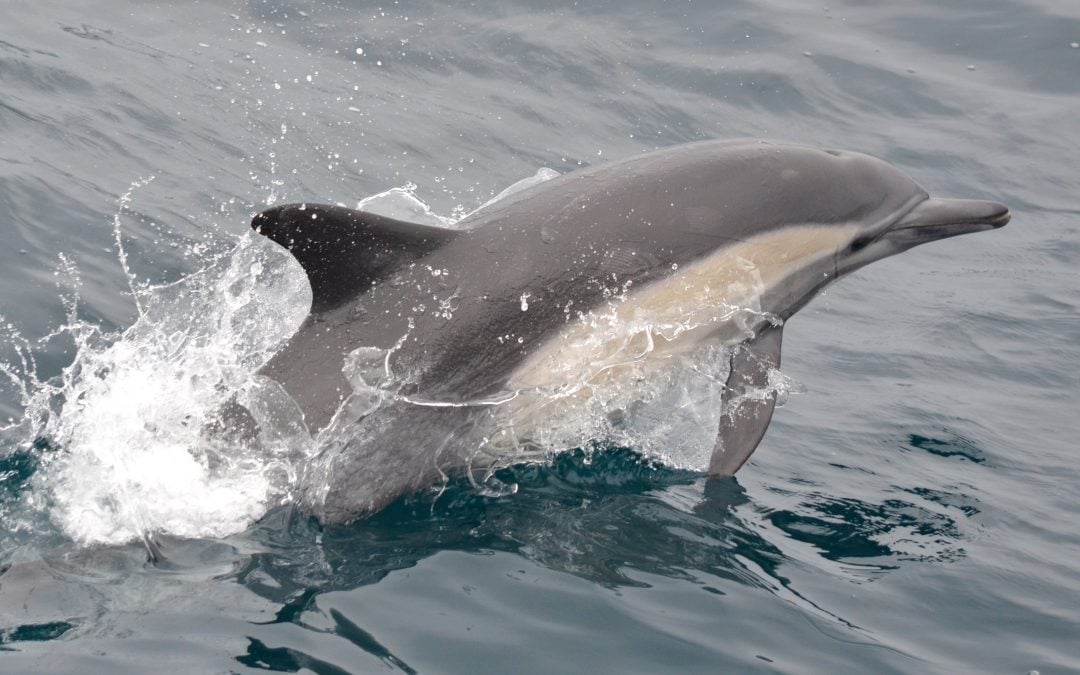 The winter weather isn’t so bad here in San Diego! It’s almost always nice on land but offshore conditions were pretty favorable this morning. It was toothed whale city on the water and we spotted two different dolphin species! Pacific White-Sided Dolphins (~40 in total today) were widely spread along the coastline and brief sightings of them were sprinkled throughout our trip. A pod of ~50 Common Dolphins stopped us on our way out to the west and charged toward our bow to ride in our pressure wave! We were hoping for another early Gray Whale but we’ll be on the lookout tomorrow!