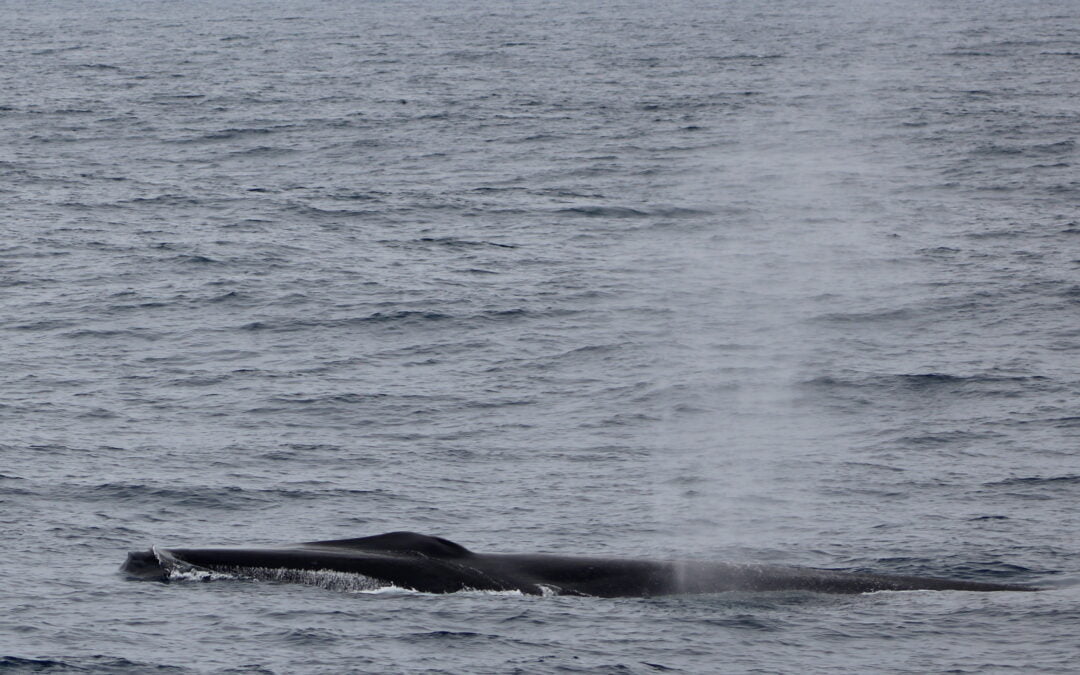 Under some swelly conditions today we had 200 long-beaked common dolphins and 3 fin whales in the morning and 3 fin whales again in the afternoon. Incredibly, its been nearly 2 months of fin whale action!
-Ryan 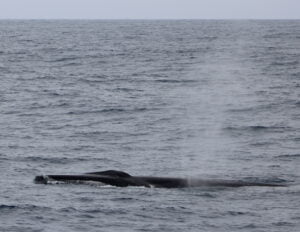 Sunset Update
BLUE WHALE SIGHTING! Tonight we spotted a cow-calf Blue whale pair and it was the first of our season. Earlier in the trip we also saw the rare and elusive Risso’s dolphin that also had a cow-calf pair. On top of both of those amazing encounters we also saw Bottlenose dolphin and Long-beak common dolphin.
Naturalist,
Tai 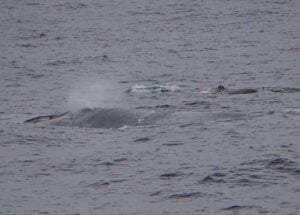