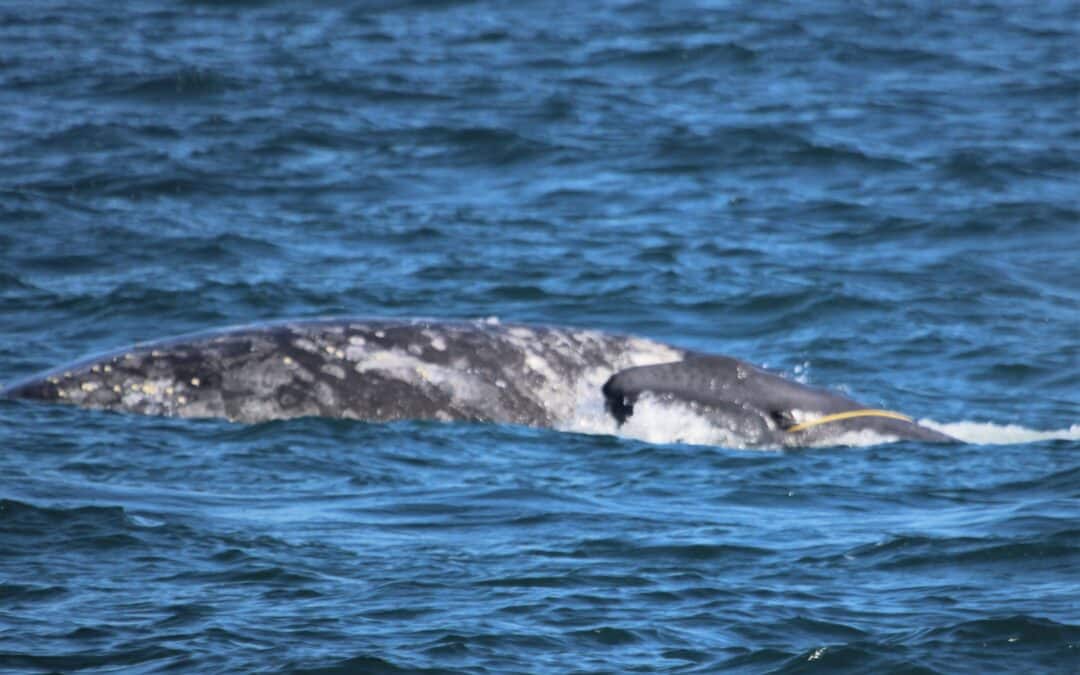 Today was a roller coaster of emotions! A lot of happy and fun surface active whales but also a heartbreaking encounter was observed. During the afternoon trip, we set out and found a single southbound Gray whale that was in travel mode. We sighted another spout down south and ended up finding what we thought was a very surface active Gray whale. Unfortunately, we encountered a Gray whale cow/calf pair that was entangled in a lobster trap! At one point we could see the line around both mom and baby! Mom continually circled thrashing her tail with calf staying close by. We called the appropriate authorities including NOAA out of La Jolla and Sea World Rescue. By the end of our tour, we observed that the line was no longer around the calf and had possibly shifted down toward the tail end of mom. The whales were never re-sighted, so we are hoping and crossing our fingers that they got free and continued down south. We will update you if we find out any more news.
During the afternoon, we set to try to find the entangled Gray whale cow/calf pair down south, and found a different southbound Gray whale along the way. A pod of ~10 Pacific white-sided dolphins were nearby and approached the Gray whale. They quickly became friends interacting with each other. The Gray whale was barrel-rolling at the surface, while the dolphins swam all around it! We continued out to the west and were pleasantly surprised to catch a breaching Humpback whale! It tail-lobbed, spyhopped and even kelped! As we left the area, it breached once more!
Naturalist,
Vanessa 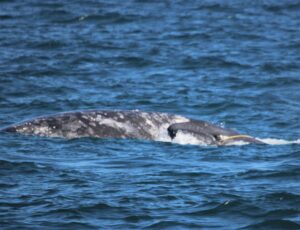 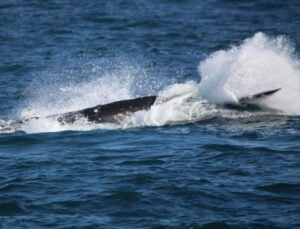 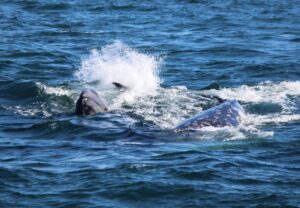 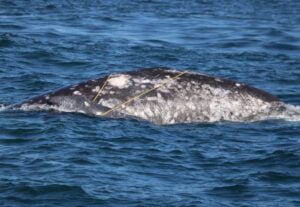 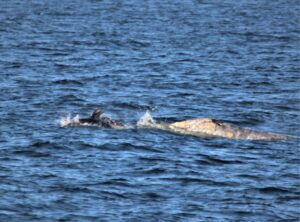 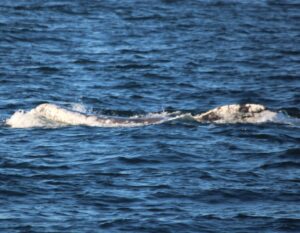 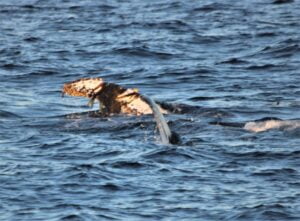