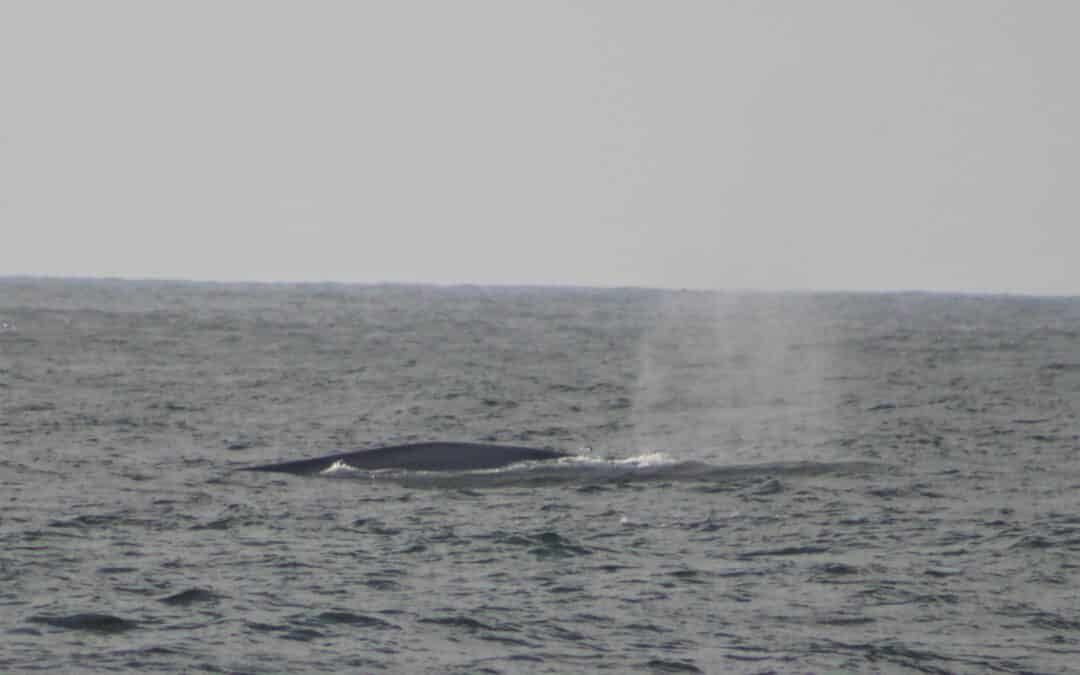 We saw our FIRST BLUE WHALE OF THE SEASON TODAY!!
We had a great afternoon tour spending it with a pod of ~100 Long-beaked Common dolphins. They were observed feeding under diving birds. There were 4-5 cow/calf pairs in the mix! During our sunset trip, we cruised out to the west and sighted a huge spout in the distance! We saw it surface for multiple breaths on our approach. Before catching up with it a huge pod of ~200 Long-beaked Common dolphins were slowly traveling to the north under diving birds. We saw the massive whale come up and go for a sounding dive. Another small spout was then sighted and turned out to be a juvenile Humpback whale! It swam underneath our boat and popped up behind us! After reviewing the photos taken on the tour, we confirmed that what we sighted was a Blue whale! This is based on the very tall, columnar spout, the light gray coloration, and mottled appearance, and of course size! Lately, we’ve been seeing Fin whales out in deeper water, so we were thinking Fin whale on approach, but please check out the photos and weigh in your thoughts below! There have been Fin/Blue whale hybrids sighted before, so that may be a possibility as well!
Come on out and try your luck in finding the largest animal on the planet!
Naturalist,
Vanessa 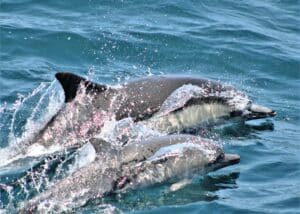 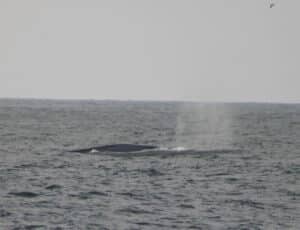 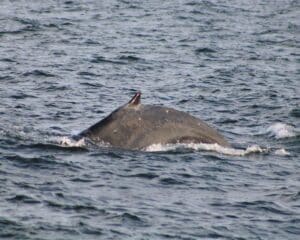