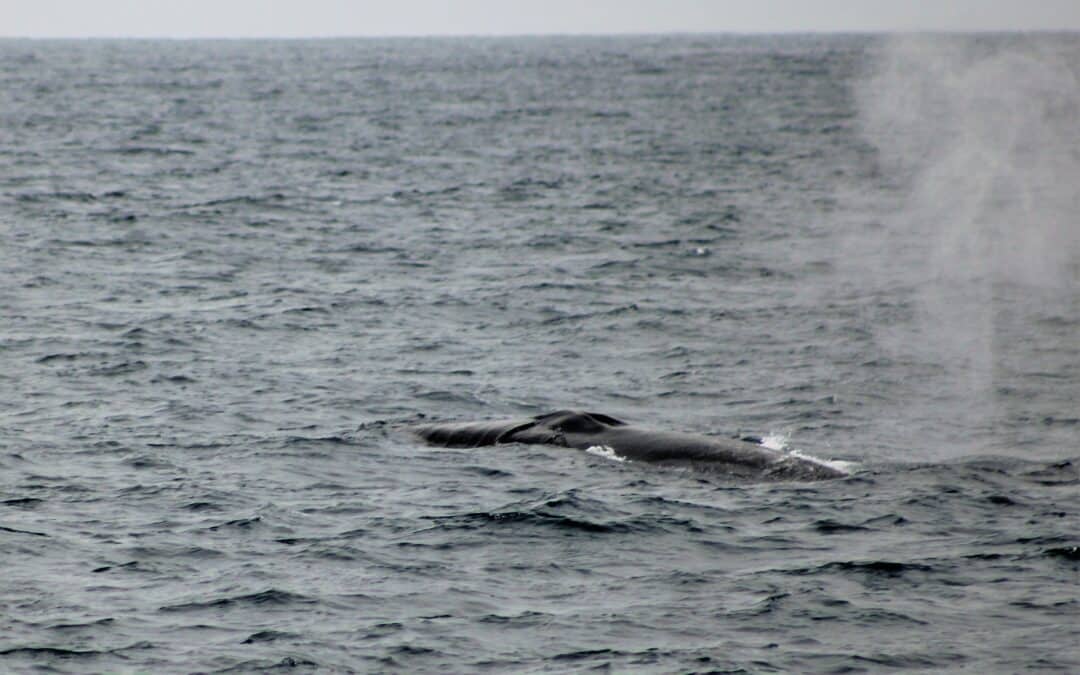 Fun times out at sea today! We had two great trips with wildlife sighted on both. During the afternoon trip, only 1-mile from shore, we found a pod of ~100 Long-beaked Common dolphins zooming down to the south. They stopped to feed and hang out with us! They bow-rode the boat and played in the wake. We head to the southwest and along the drop-off we found a fast moving Fin whale! It was also cruising down to the south at 7mph. We managed to get some good looks as it paralleled us few times. During the sunset trip, we cruised along the drop-off to the north and encountered a fun pod of ~20 Offshore bottlenose dolphins. They were seen launching out of the water and porpoising around us. There were a couple small juveniles seen in the mix.
See you on the boat!
Naturalist,
Vanessa 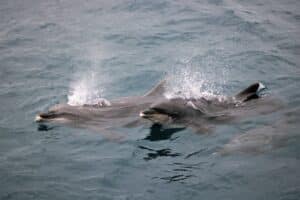 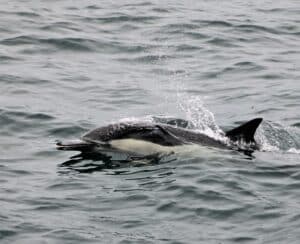 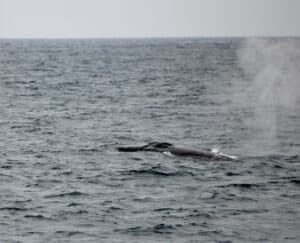 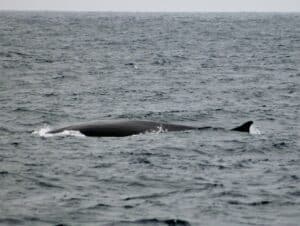