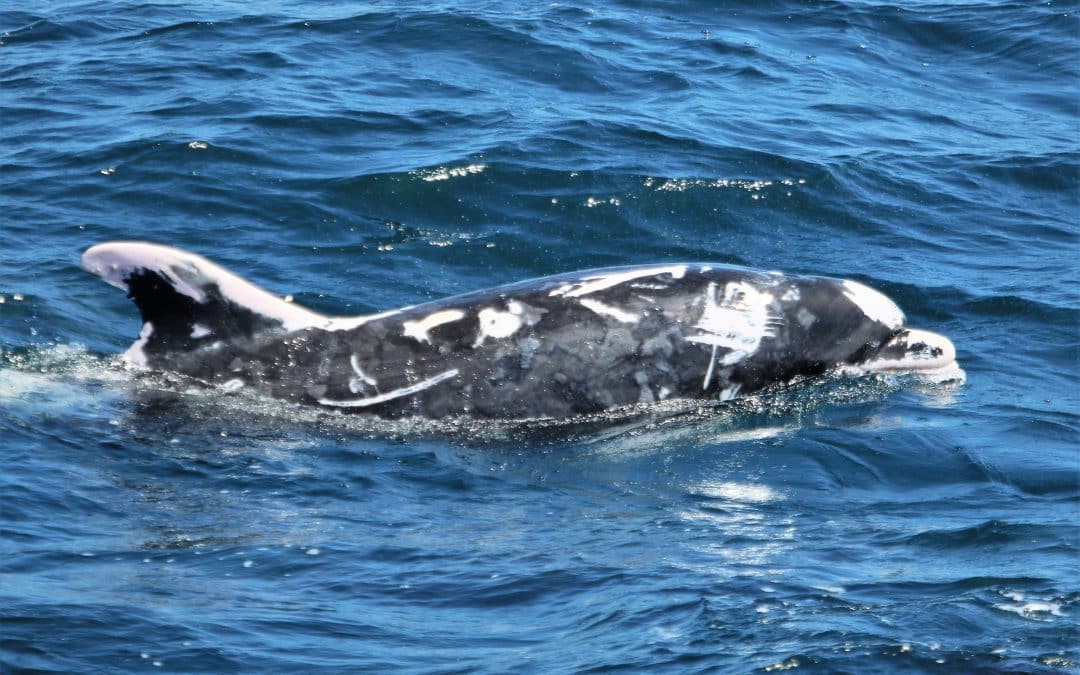 It was a great day on the water! We had two great trips with lots of activity! During the morning, we set out to the SW. Along the way, we encountered a pod of ~100 Long-beaked Common dolphins cruising to the north. We continued to the 9-mile bank and there were feeding frenzies everywhere! It wasn’t our usual sight of dolphins, but tuna! Bluefin and yellowfin tuna were feasting on anchovies! As we turned to head in, we spotted a pod of ~75 Offshore bottlenose dolphins. The famous bottlenose dolphin, PATCHES was sighted in the mix! He is a leucistic offshore bottlnose dolphin that frequents the Southern California Bight.
During our afternoon tour, we cruised out to the west, and a spotted a huge stampeding pod of Short-beaked Common dolphins! They were headed straight for us! The pod broke up, but in total there were close to ~500 individuals with lots of babies everywhere you looked! They were breaching and porpoising all around us.
Hope you’ll join us soon!
Naturalist,
Vanessa 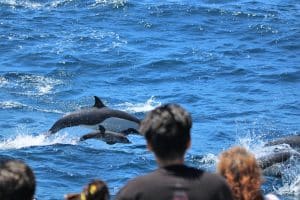 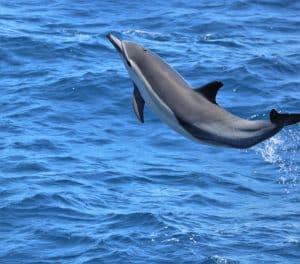 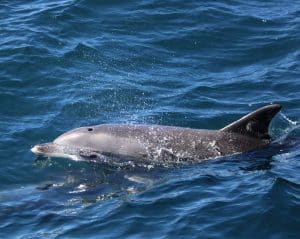 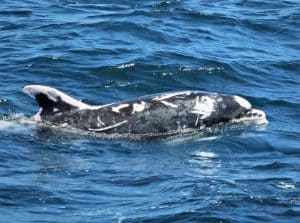