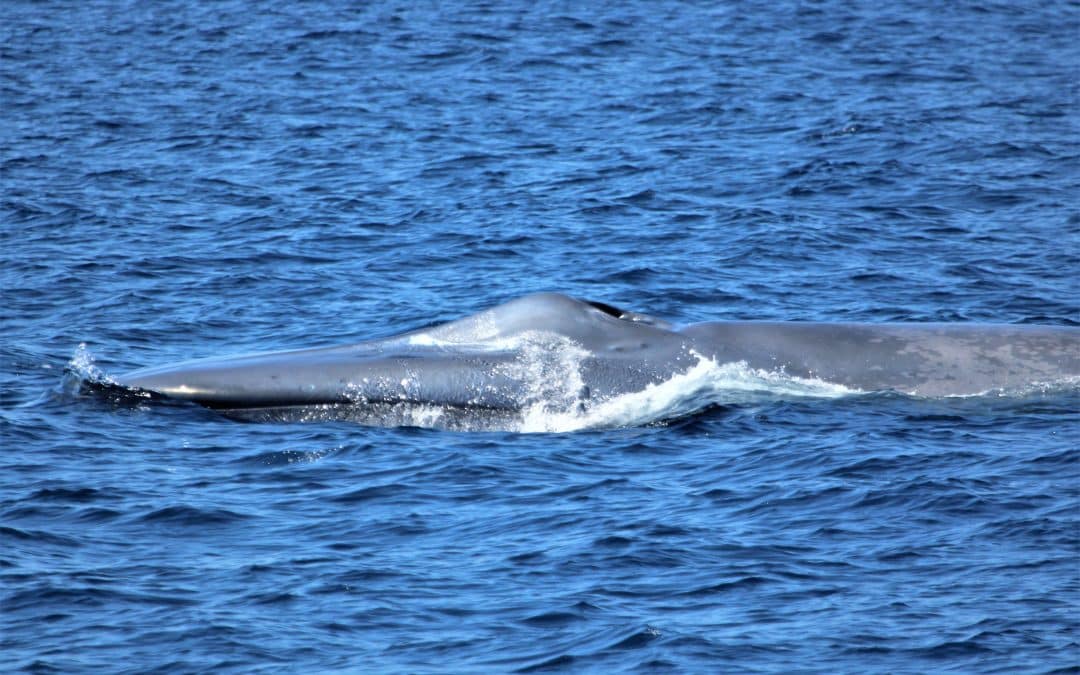 We had an amazing day on the water today! During our afternoon trip, we set out to the west, along the way, we encountered an incredible pod of ~200 Long-beaked Common dolphins that was traveling fast down to the south. That meant we got to witness some amazing acrobatics which included synchronized porpoising! We continued to the west and found a spout out in the distance! We hung out with it for 2 breathing cycles getting some amazing looks. It appeared to be feeding in the area as it made tight circles nearby. On our way back in, we sighted a second Blue whale to the south. And then a Minke whale popped up nearby as well! During the sunset trip, we enjoyed a Dolphin trifecta! Only about 15min out of the jetties, we found ~200 Long-beaked Common dolphins racing to the south again! Babies were porpoising out of the water all around the boat! We continued past the drop-off and sighted some big splashes. Before we got to the pod, a pod of ~20 Offshore Bottlenose dolphin appeared right in front of us! A little calf was seen in the mix. We hung out with the high-flying Short-beaked Common dolphins for a while and enjoyed the sunset on the way home!
We hope you’ll join us for a trip on the water soon!
Naturalist,
Vanessa 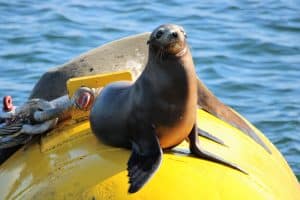 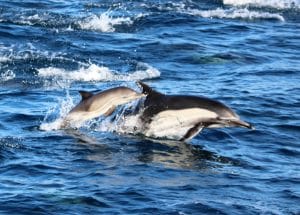 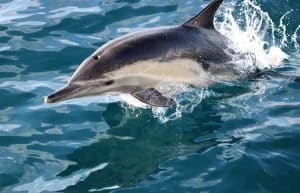 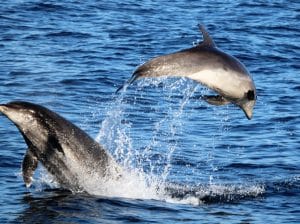 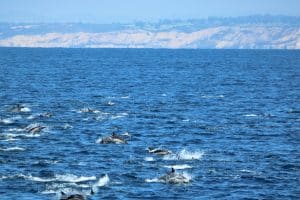 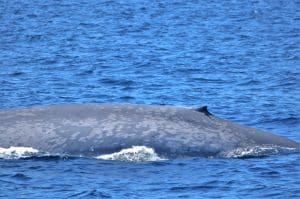