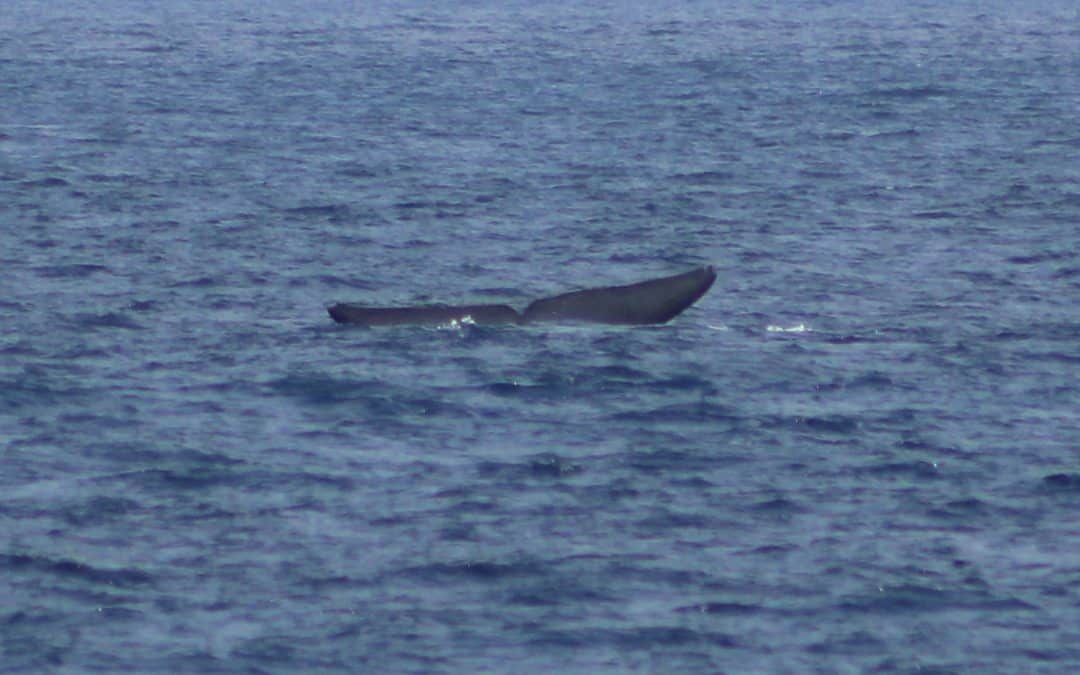 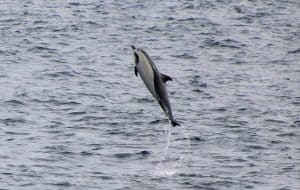 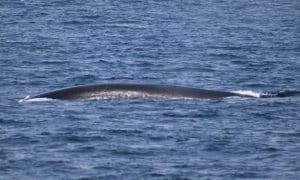 We had one trip today and it did NOT disappoint! We caught up with a pod of about 150 short beaks that stuck with us for a while, showing off their acrobatic skills. We pushed a little further south and found a pod of about 50 offshore bottlenose. We had a couple big breaches from a few and even got a look at a couple babies! THEN THE SHOW BEGAN! We saw a spout off in the distance and the chase began! On the way to the spout, we crossed paths with a minke whale. Pushing out a little further towards that spout, a fin whale popped up right next to us and stayed with us as we ventured out towards the bigger spout. Once we got closer we realized it was TWO spouts and we were heading towards a cow calf pair of blue whales! We got a couple good looks before they went down for a dive. Then all of a sudden, ANOTHER 2 BLUE WHALES popped up just to the south of us! We had a truly amazing day on the water and could not have asked for a better trip.
Naturalist,
Brooke