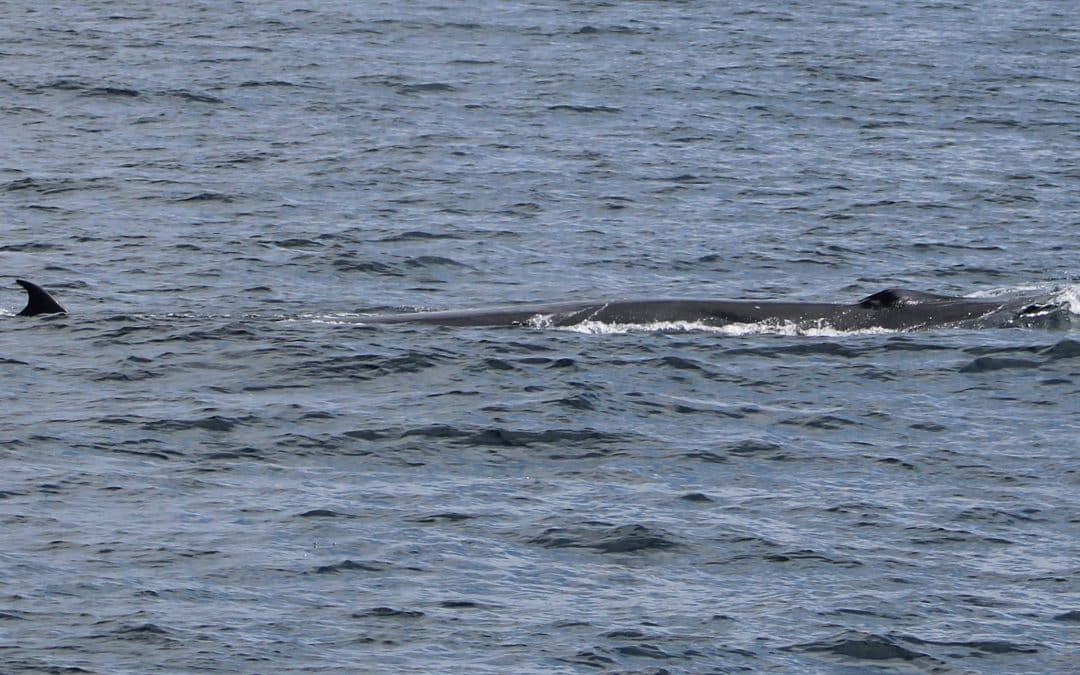 Our afternoon trip didn’t have to go far to see an awesome sight! The Privateer was welcomed by 2 friendly inshore bottlenose dolphins as we exited the jetties. We made it about 6 miles from Mission Bay when we ran into a friendly pod of about 300 long beaked common dolphins. We were hanging out with lots of cow/calf pairs when all of a sudden, we saw a spout just beyond the dolphins. At first we thought it was a small humpback whale until a very tall and hooked dorsal fin surfaced. We were hanging out with a Bryde’s whale! It played hide and seek with us for a while and we saw another larger spout about a mile away. We raced over and found another Bryde’s whale! It stuck around us for a while, showing off it’s dorsal fin and ridges on the rostrum. We ended our trip cruising with the same pod of common dolphins.

We had a whale of a time! 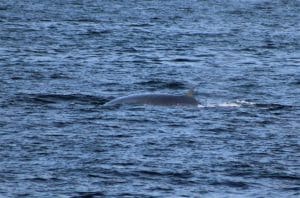 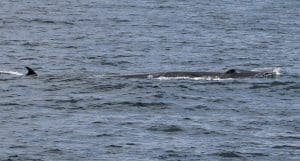 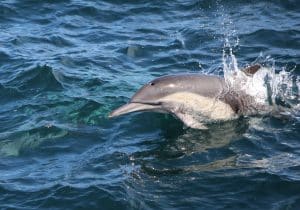