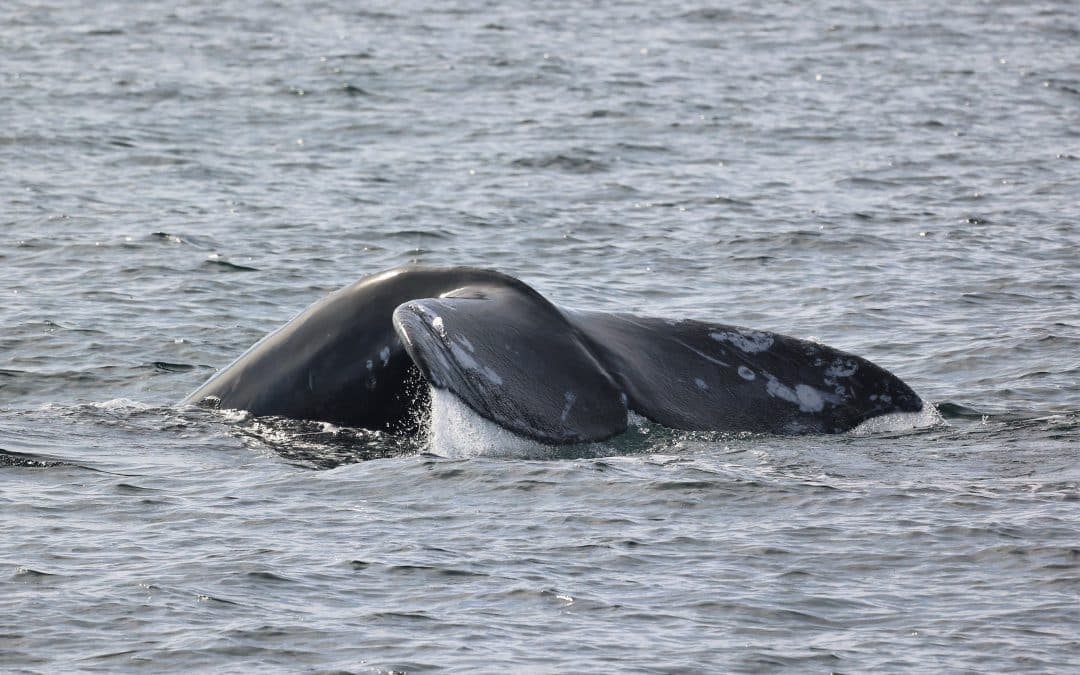 We had 3 great trips full of wildlife! During the morning tour, we caught up with a big pod of ~100 Long-beaked Common dolphins and a single southbound Gray whale! We enjoyed watching big spouts, big arches and the tail! We had a fun afternoon tour too! We caught up with another single Gray whale that was headed south. It was seen very close to the coast. We watched it as it continued into some thick fog creeping from the south. We decided to push out to get some better visibility. That was a good idea because we found a fun pod of ~200 Common dolphins! During the sunset tour, the fog was still hanging around. So we went to the drop-off. Out there we caught up with a huge pod of ~300 Common dolphins! They were so very active, as they porpoised all around the boat and surfed in our wake and bow-rode the Privateer.
Hope you’ll join us soon!
Naturalist,
Vanessa 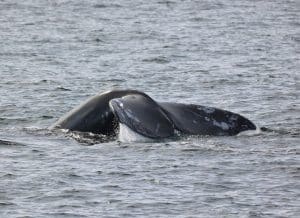 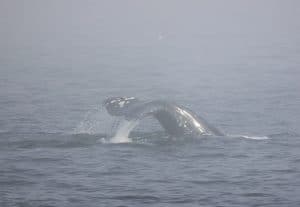 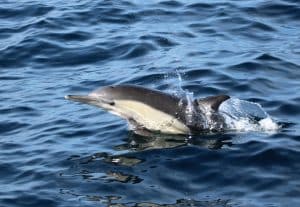 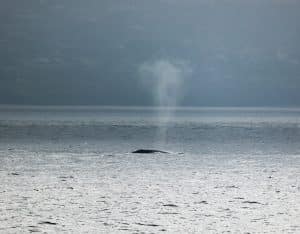 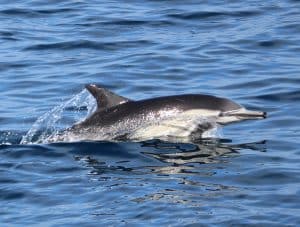