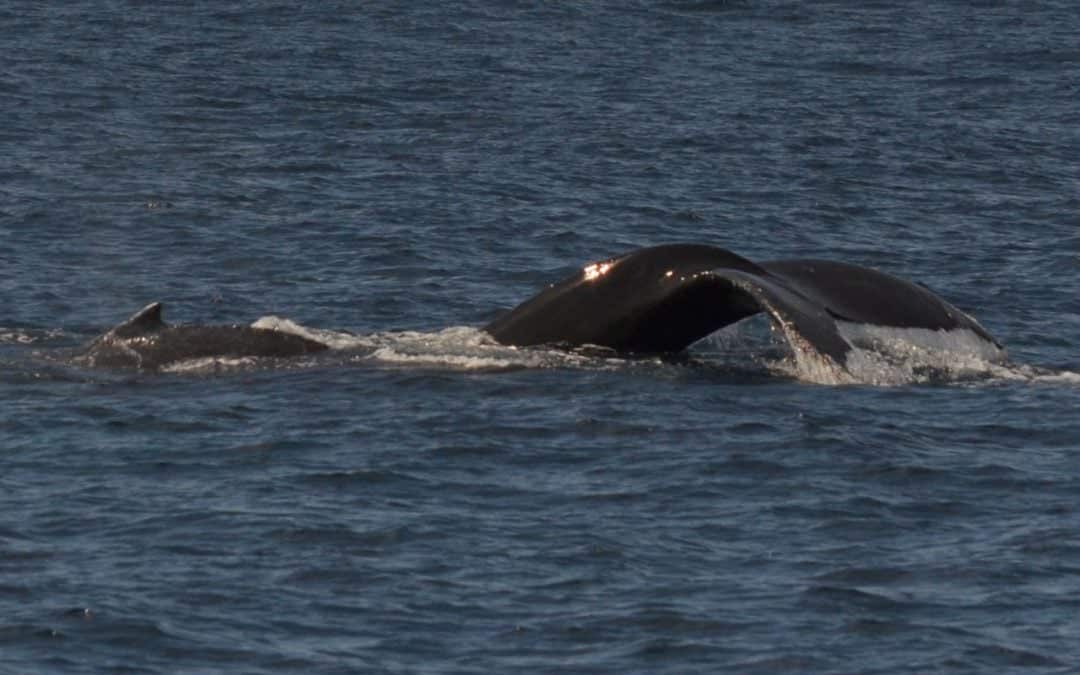 What a great way to kick off the weekend! We observed a cow/calf pair of Humpback whales, ~300 Common dolphins, and a pair of northbound Gray whales! We set out on the Privateer this morning and were greeted to calm seas, and incredible visibility! Our first marine mammal sighting was a handful of Inshore Bottlenose dolphin that were hanging out in the middle of the Mission Bay jetties! We continued out to the west and once we got to the drop-off, we found a large pod of ~300 Common dolphin. They were traveling to the north. Many of the dolphins raced over to us to bow-ride and surf in our wake. We continued to the SW and a huge Humpback whale surfaced straight in front of us. It was traveling from west to east. Then a Humpback whale calf popped near us in the same transit line as mom. They were traveling together and got great looks as they surfaced for breaths, and went for dives. A couple surface active behaviors were also seen: tail-lobbing and head-lifts. On our way back to the dock, a Gray whale surfaced near us! It crossed our bow as it journeyed to the north! It seemed to be displaying stealthy behaviors, and then the a second whale popped up right beside it! They were rolling around side-by-side! Courtship behavior was being observed!
Trash/Recyclables: THREE Mylar balloons!
Overall, it was a great day on the water! We hope you join us soon!
-Vanessa