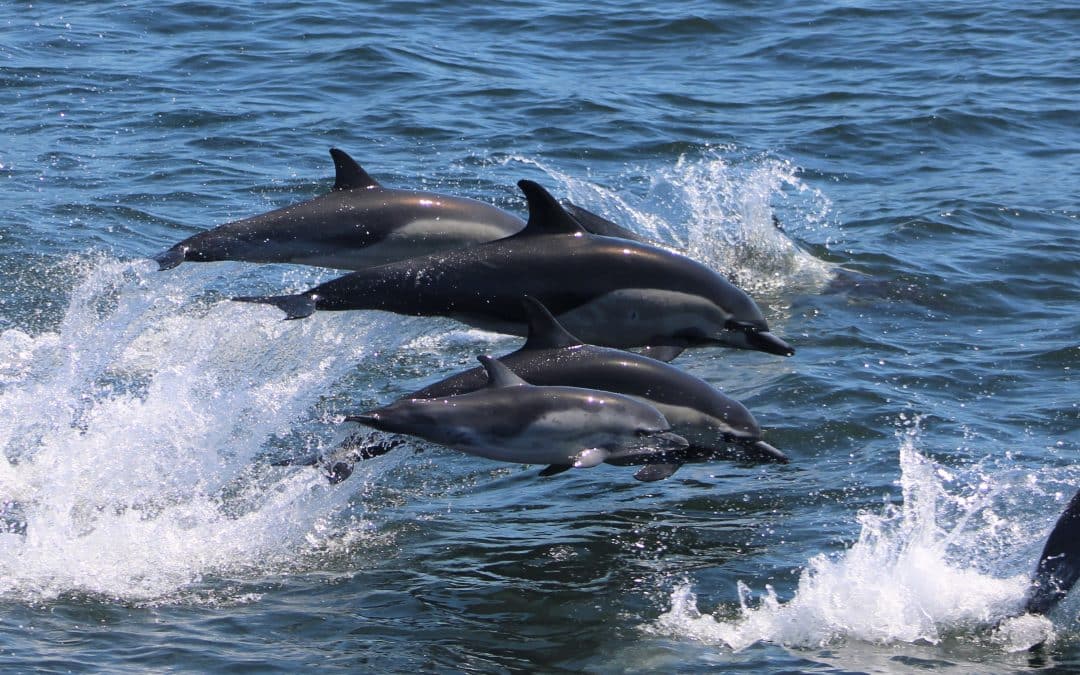 Due to the many dolphin species’ migratory habits, it is possible to go dolphin watching San Diego almost all year round. It’s an amazing opportunity for everyone to view these magnificent animals in their native environment.

The best way is to sign up for one of the many fun tours in San Diego that let you watch dolphins. Tour companies specialize in finding the ideal spots to see dolphins play, interact, and eat. This article discusses the optimal times for dolphin watching San Diego.

Taking a San Diego dolphin viewing trip should be high on your list of things to do in San Diego, with kids, or while scheduling San Diego excursions. This is one of our favorite outdoor activities, especially in the winter and first few weeks of spring.

With its 70 miles of coastline, San Diego is among the top destinations to go dolphin watching. Additionally, it has one of Southern California’s largest marine sanctuaries, and marine animals are drawn to the area’s rich habitat.

When in San Diego is the Best Time to See Dolphins?

Dolphins migrate from the north to the south toward the Mexican mainland between December and April. Knowing where to look can help you make the most of your dolphin-watching experience in San Diego. Start your observations toward the west, keeping an eye on the San Diego Bay and the ocean.

The dolphins swim at around five mph when they are actively swimming. They mainly swim around three-quarters of a mile away from the kelp beds, closer to the horizon, but some swim closer to the shoreline.

Nevertheless, there is no ideal time to watch whales or dolphins. However, the mornings are often quieter due to the weather on the ocean. Check out the detailed monthly dolphin sighting report below to get a better idea of what to look for when out on the water:

Everyone wants to get a close look at the dolphins, but they are wild animals living in their natural environment. Although there is a good chance that the captain will take you to many locations to observe dolphins, there is no guarantee. Wait patiently and watch out for them. You could even be fortunate enough to spot a huge group!