Interesting Facts About A Humpback Whale 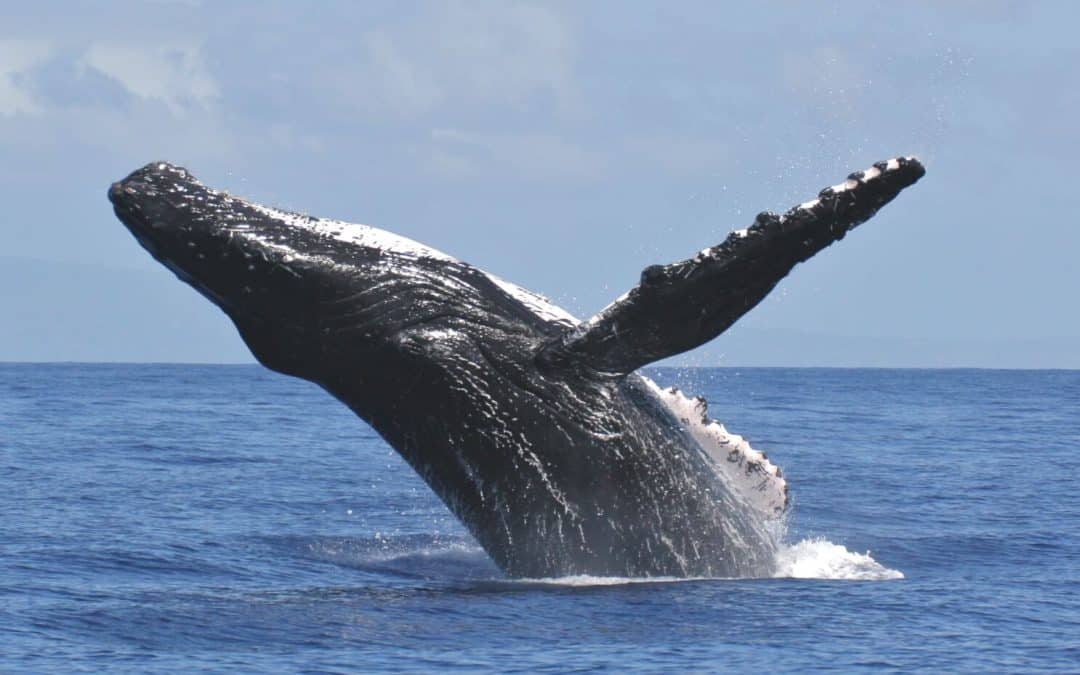 What Is the Origin of the Term Humpback?

Humpback whales are named because of the conspicuous hump across from their short dorsal fin. Its dorsal fin is stubby and short compared to dolphins and other whales. If they rise and flex their backs, preparing for a dive, this hump is highlighted.

How Large Is A Humpback Whale?

Humpback whales may reach lengths of 15 to 19 meters and weigh up to 40 tons. Their most visible and distinguishing characteristics are unwieldy and long pectoral fins. These could develop to be nearly 5 meters long, causing them the longest baleen flippers. Furthermore, despite their appearance as being incredibly long and burdensome, researchers have discovered that they have highly viscous fluids and well-suited for easy movement.

What Is Special About Humpback Whales?

Humpback whales are famous for their magnificent sounds that spread thousands of miles across the coastal and marine environment. These intricate segments of moans, howls, cries, and other noises can last for hours. Furthermore, male humpback whales have been observed singing a song to the females they are trying to attract. These songs are individual in each breeding stock, although several appear to communicate with other populations.

What Do Humpback Whales Eat?

Humpback whales are baleen whales that have specialized filtration feeding systems within their mouths. Their food is filtered via baleen plates, composed of fringed bristles that develop in columns from the upper jaw. They bring massive gulps of water, which move the water out via the plates, catching their prey within it. This prey consists primarily of krill and other small invertebrates, but might also contain small educational fishes, including mackerel, sardines, and anchovies.

How Do Humpback Whales Hunt For Food?

During the feeding period, humpback whales hunt using a method called bubble net fishing, in which a team of humpback whales swims in a circular surrounding their target and blasts bubbles over their prey to crowd the fish into a ball shape.

How Do You Identify Humpback Whales?

Humpback whales, like people, exhibit streaks of black and white coloration and scarring on the bottom of their tails which are distinct from other whales. They may also be identified by their short dorsal fin and long pectoral flippers and the frequency with which their tail flukes are shown. The largest whales are blue whales. They are grey; however, they resemble turquoise when submerged.

Where Do Humpback Whales Live?

Humpback whales may be found in all of the world’s seas. Annually, they move tremendous miles and engage in one of the world’s longest journeys of every mammal. Several groups travel 5,000 kilometers between tropical breeding places and cooler, more productive eating sites.

Is It Possible For A Humpback Whale To Possess More Than One Blowhole?

One distinguishing feature of the humpback is the existence of two blowholes on the top of their heads.

Are Humpback Whales Friendly To Humans?

Humpback whales are typically friendly and non-aggressive creatures by nature. Thus, they are unlikely to hurt humans. They are, however, huge and restless and will occasionally explore vessels. Furthermore, when a whale feels intimidated or scared, it might protect itself by striking what it perceives as a possible danger.

Can People Touch A Humpback Whale?

Regardless if you come near the whales, never attempt to have physical contact. Several of the reasons why you must avoid contacting a whale include:

When Is Humpback Whale Season In San Diego

Every summer season, great whale sightings occur during the blue whale voyage. Blue whales, the biggest mammals on the planet and the most threatened of the great whales, are most likely to be seen from mid-June to September. Changes in sea surface temperatures and abundant krill have drawn more blue whales to San Diego’s coast in recent years.

Why Are Humpback Whales Important?

Whales function as pumps, returning to the surface in the shape of nitrogen-rich feces, the zooplankton, and fish they have consumed. These minerals are critical to the ocean ecosystem’s primary producers.